The Square Piano (2:38): Almost immediately, we see the interior of the van Rhijn townhouse, and catch a glimpse of a square piano against the right wall. The square piano was invented in the mid-18th Century and was popular in the United States through the 1890s. The upright piano, invented in 1800, eventually replaced the square piano as the most popular type used in the home.

Just as reading and writing were considered a necessity for any educated person in 1882, so was being able to play music at an advanced level by today’s amateur standards. The piano was the most common instrument purchased by well-to-do families, to demonstrate their cultural and social status, as well as provide entertainment.

However, it makes sense that the “old money” van Rhijn family possesses a more modest-looking piano as compared to the highly gilded grand piano we see later in the Russell’s drawing-room. 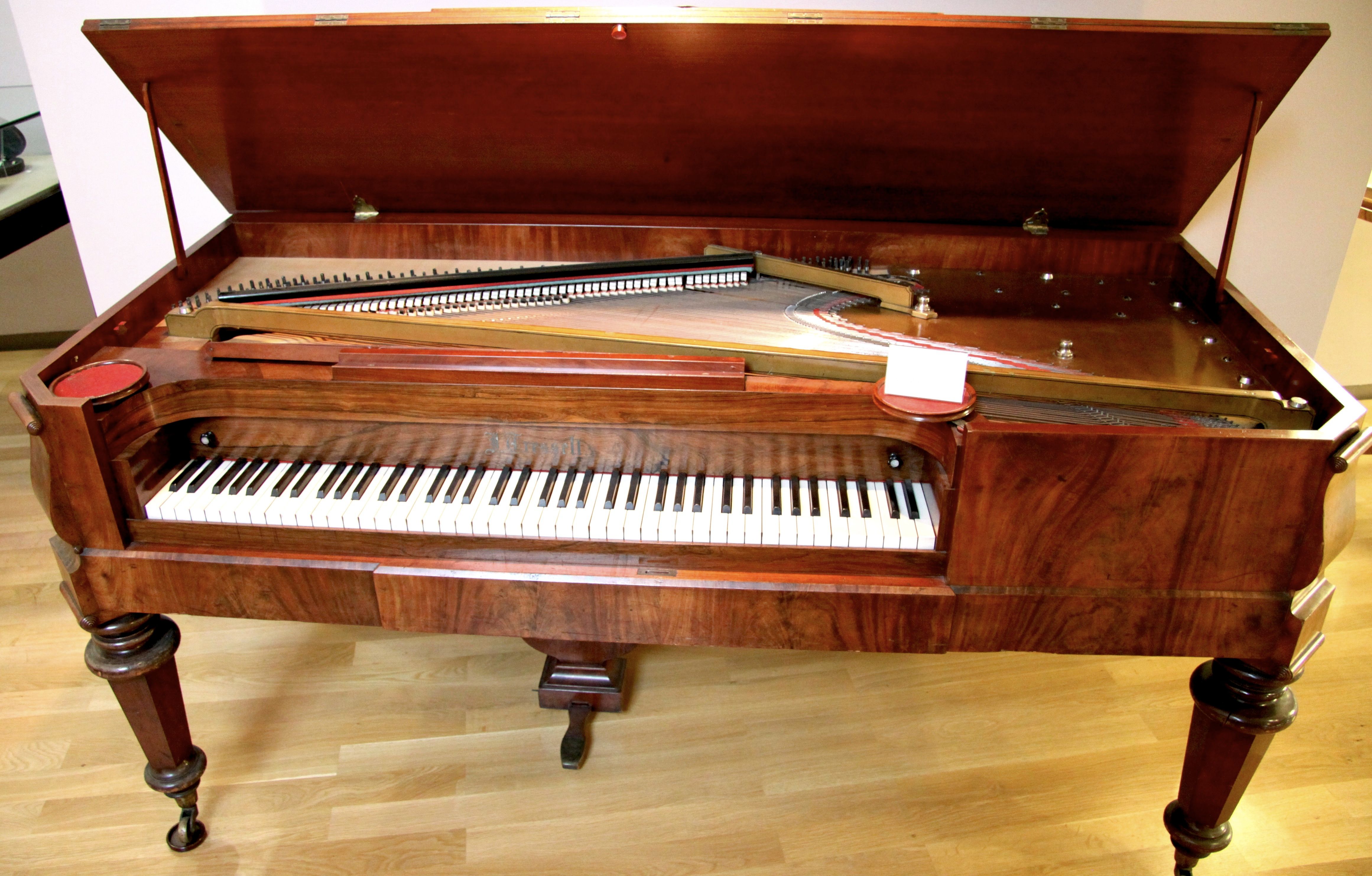 Square piano (around 1855) at the Music Instrument Museum, Berlin.

The Grand Piano (10:16 and 32:58): The Russell Family owns a gorgeous, extravagantly decorated grand piano in the corner of their drawing-room. In later episodes and episode 2’s “The Gilded Age: Carrie Coon Brings You Behind the Scenes,” you will finally see the piano lid open and be able to admire the stunning painting underneath.

This instrument appears to be inspired by pianos like the 1883 Steinway piano at the Vanderbilt Mansion in Hyde Park, New York, as well as the 1903 Steinway piano made for the White House, both pictured below. You can view other examples of pianos like the one found at the Russell’s at Newport mansions such as Rosecliff and The Elms. 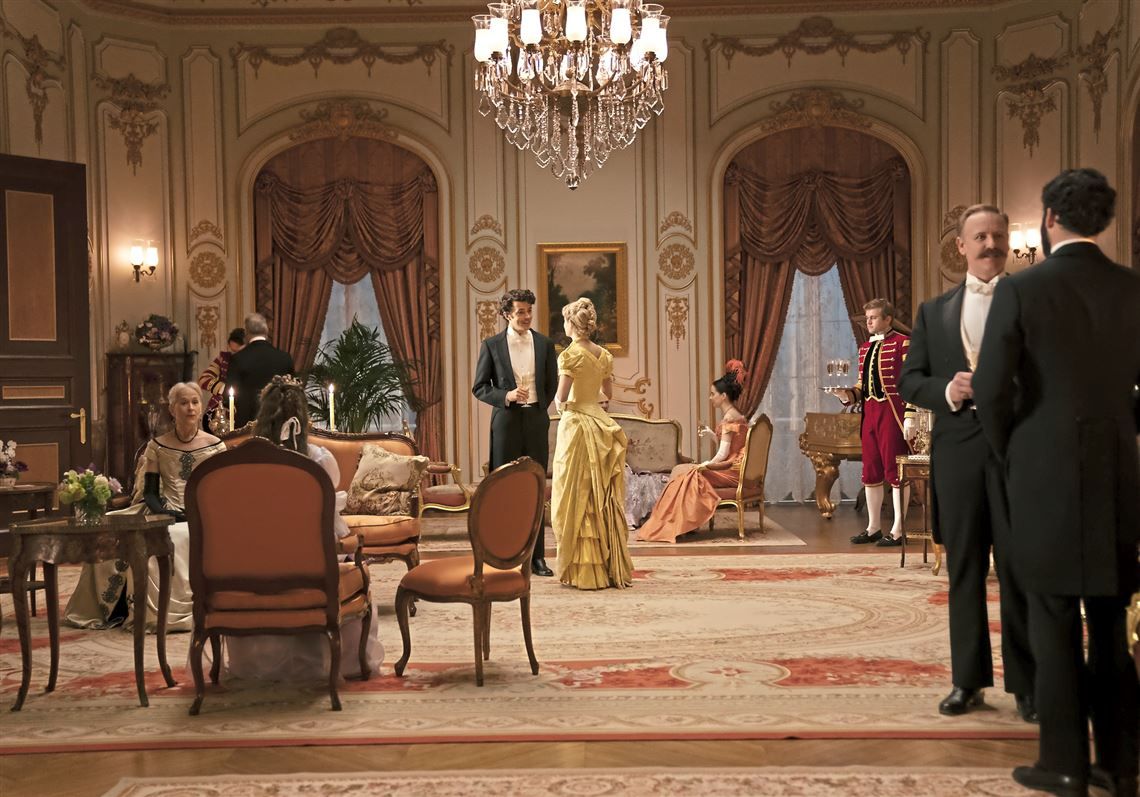 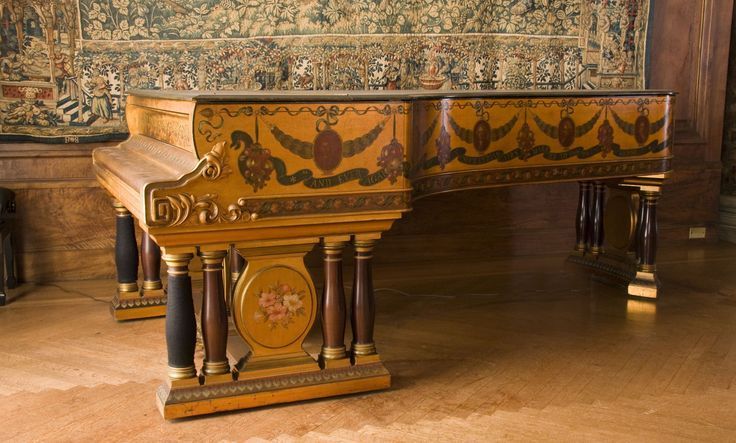 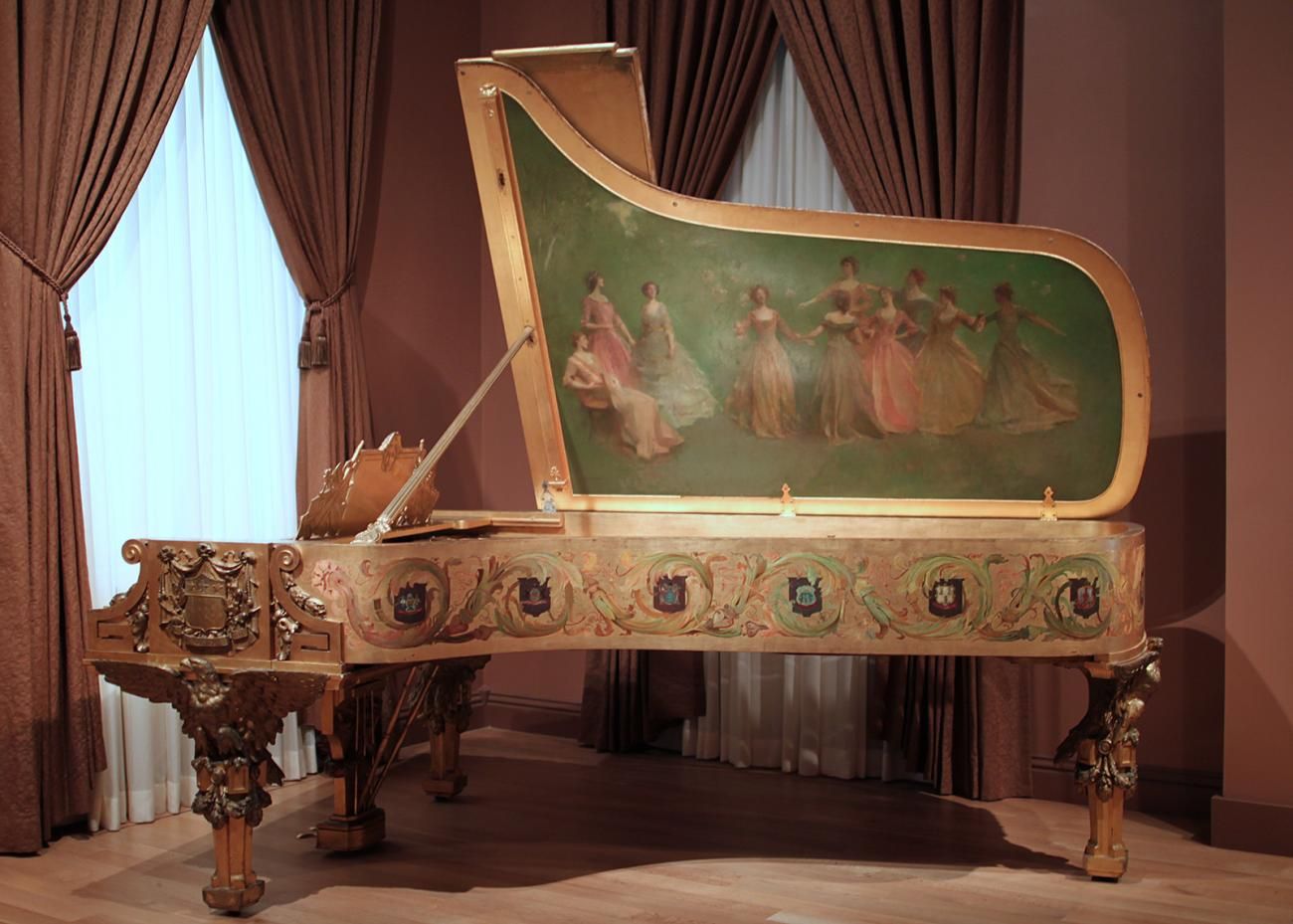 1903 Steinway piano, made for The White House. 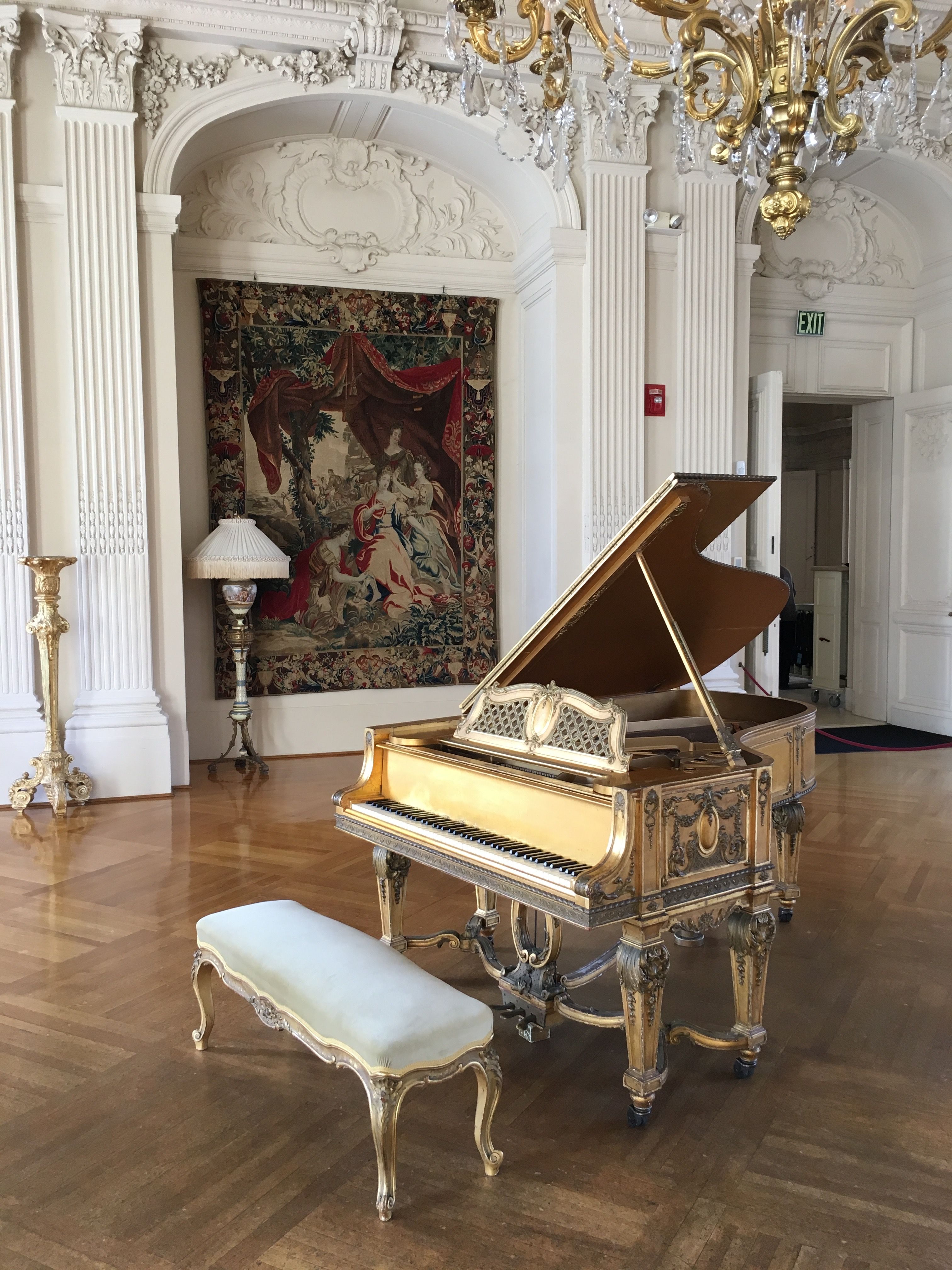 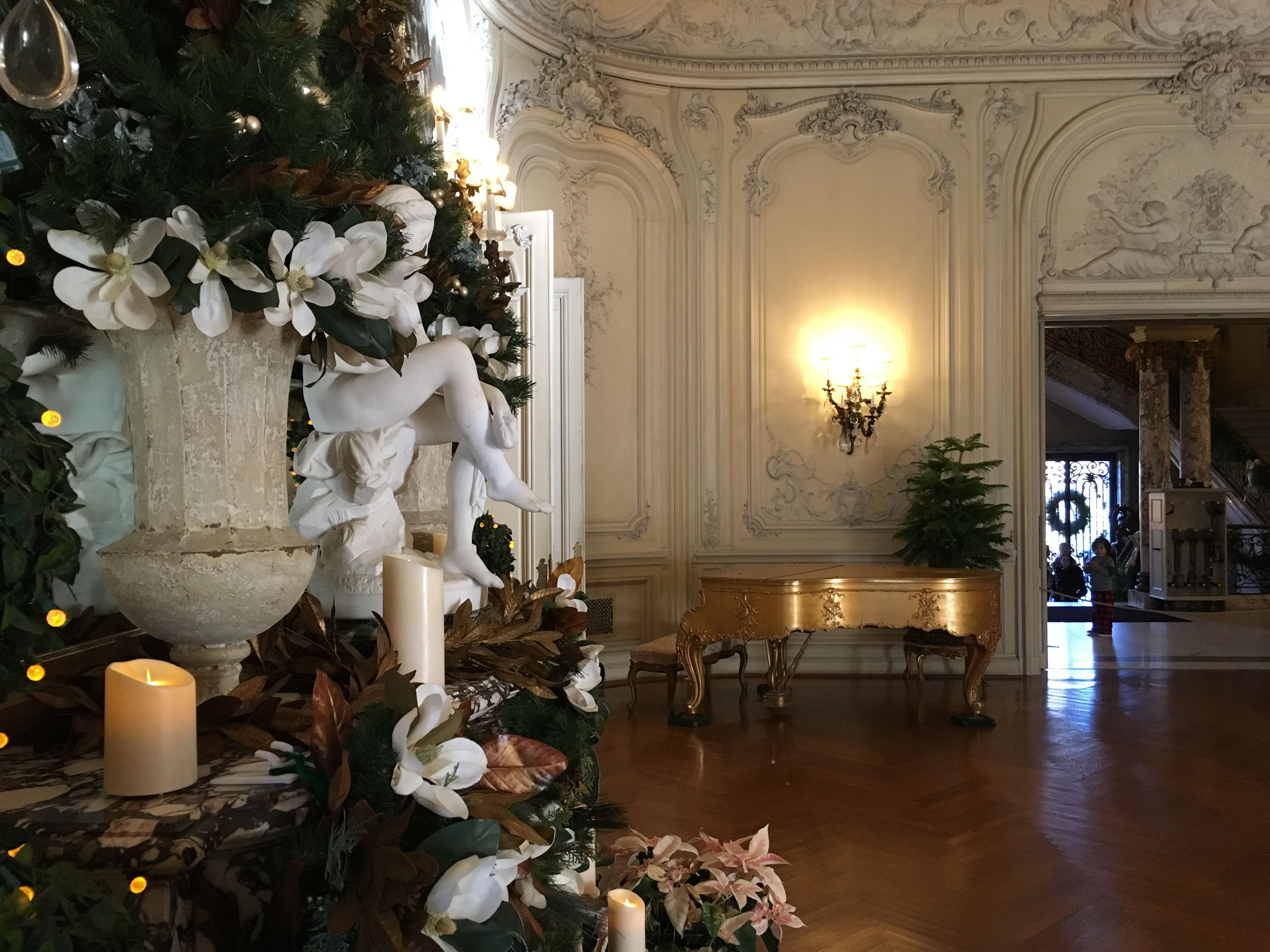 Antonín Dvořák (1:18:17): In this scene, Mr. and Mrs. Roosevelt, alongside the real-life historical figure Miss Caroline Astor, return home in their carriage after an evening out. Caroline goes upstairs and we hear the following exchange:

Carrie: “All right. Mr. Dvořák played until I thought his fingers would fall off, and then he spoke about composing, and we couldn’t understand a word.”

Although the series begins in 1882, and real-life composer Antonín Dvořák didn’t arrive in New York City until 1892, I appreciate the writers’ efforts to integrate this influential musical figure into the plot. The real story starts with Mrs. Jeannette Thurber who was amongst the first major patrons of classical music in the United States and founded the National Conservatory of Music of America in 1885. In addition to promoting uniquely American music, she championed women, people of color, and the handicapped to attend her school.

From 1892-1895 Mrs. Jeannette appointed Czech composer Antonín Dvořák director of the conservatory. He was known for incorporating folk-inspired music from his native land, and Mrs. Thurber thought he could inspire American composers to do something similar in the United States. Dvořák accomplished that and more saying, "In the Negro melodies of America I discover all that is needed for a great and noble school of music," and composed two of his most famous pieces: “New World” Symphony and “American" String Quartet in F, Op. 93. 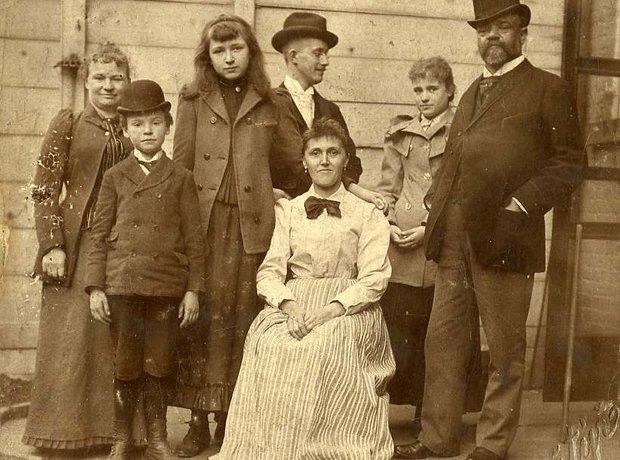 Antonín Dvořák (right), with his family in New York City.